The main cultural sites of the Nature Reserve

An artery of over 7 km in length, the Tour des Roches was the first road linking up the houses of the early town of Saint-Paul (currently the hamlet of Bassin Vital) and today's town centre (les Sables de Saint-Paul). No elments of those few grass huts and wooden houses of the period remain visible. Today, the area has seen increasing urbanisation, notably to the south and north of the pond, with the neighbourhoods of Bouillon and Grande Fontaine on one side and Savanna on the other. Most stretches of the road of Tour des Roches, however, have retained their rural character, with limited development. Driving along beneath the coconut palms and mango trees, between the cliffs and the pond, gives a glimpse of life it used to be. 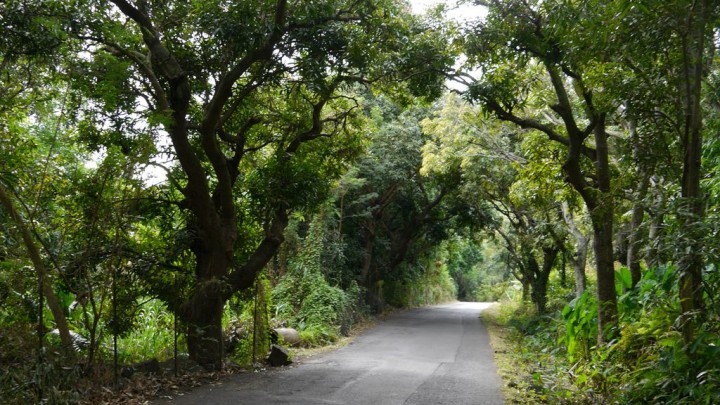 The bridge and the Chemin des Anglais road

The Chemin des Anglais road, the only remaining element of which is the bridge, already featured, bearing the same name, on the map drawn up by Le Chandellier in 1806. Linking up what is now the road of Chaussée Royale with the Tour des Roches, the Chemin des Anglais disappeared following the construction of the Route Digue or embankment road. Its name is said to come from the strategic role it played in announcing the arrival of suspicious vessels sailing towards the island. The site of the Watermill (Moulin à eau)

The Watermill was constructed around 1816-70 along the Tour des Roches, close to the hamlet of Laperrière, at the foot of a spring of brackish water. The mill was initially used as a distillery, then as a flour mill for the manufacture of various types of flour (wheat, rice, maize and cassava) and finally as a water pump to irrigate the crops grown in the hamlet of Laperrière. What remains today of this proto-industrial construction is a large metal wheel, a few low stone walls (warehouses) and a stone column. The site has become a tourist attraction that is greatly appreciated by both Reunionnese and other tourists. Bassin Vital or the old town of Saint-Paul

In 1666, Etienne Regnault, the first governor of the island, along with twenty or so other men, decided to construct their houses at the foot of the cliffs between the gulleys of Jardin, Bassin, Tête Dure and Laforge, a few hundred metres from the banks of the Pond, thus setting up the old town of Sain-Paul. From then on, the work of clearing the land and planting crops started to take place and the first simple buildings, fences and places of worship were put up along the Tour des Roches. Nothing remains of these early constructions. In 2015, archaeologists organised a digging operation and unearthed an important square structure, terracing and some small metal objects. Constructed during the second half of the 18th-century, the Grande Maison of Savanna, referred to as the Château de Savanna (Savanna Castle) is an important element of the sugar estate bearing the same name. Initially, it was used as a hospital, then a lazaretto and, at the start of the 19th century, it became the mansion of the owner of the Savanna sugar estate. After belonging to important landowners such as Lemarchand, Hoarau de La Source and Laroche, in 1948, the Grand Maison became the property of the Sucreries de Bourbon sugar company.

An imposing rectangular-shaped building measuriing 27 metres in length and 12 metres in width, the Grande Maison consists of a ground floor of cut stone with one door and six arched windows. Separated from the ground floor by a moulded panel of bricks and rough-cut stone, the upper floor currently has a single window, the others having been walled up. The roof, which formerly consisted of wooden beams covered with shingle, has been replaced by a metal one.

The garden and the orchard adjoining the mansion have disappeared. Only the fish-tanks, which have reverted to their natural state, as well as the avenue of coconut palms, bear witness to this former wealthy mansion.

The Grande Maison, listed as a Historical Monument since 1998, is property of the Town Council of Saint-Paul. 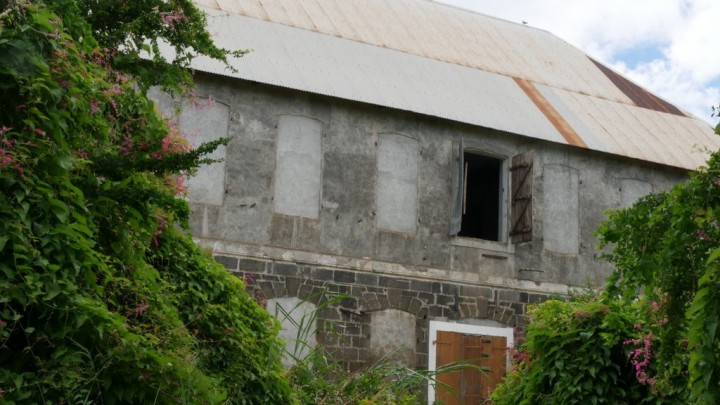 Constructed in 1881 by the CFR : Compagnie de Chemin de Fer de La Réunion (Reunion Railway Company), the metal bridge was the last bridge to be built for the railway within the territory of Saint-Paul, where there were eight railway stations. With a single 100 m metal span, at the time, the bridge presented a true technical feat for the engineers working on it. It was disaffected in 1956 and restored in 1990 and links up two hamlets, that of Jacquot and that of l’Etang.

The Ravine Bernica and its surroundings

The site is one of the island's most picturesque spots. It was made famous by the poet Leconte de Lisle through his highly lyrical words ‘this wild spot, of hospitable dreams,’ where the soul ‘becomes bird, flower, flowing water and light.’ Close to the point of arrival for travellers, the spot is an example of the untainted beauty of the island, close to a road and on the outskirts of the town. On 26th April 1996, the Ravine Bernica was listed as a natural Monument, in application of the law of 1930.

Further north are to be found a large number of springs that feed into the pond. The village of Grande Fontaine was established close to these. The presence of a powder magazine is a reminder of the fact that life on the island was not always peaceful. The magazine was one element of a group of military buildings constructed in Grande Fontaine at the start of the 18th-century when the hamlet was the island's most important military quarter. Dating back to 1724, the current magazine is actually the oldest building on Reunion island. The building is closely linked to the bridge of Grande Fontaine : without this bridge (the construction of which was started in 1719, which again makes it the island's oldest construction), the powder magazine could not have been built where it was. Beneath the bridge itself can be seen an old washing place, certainly older than the larger washing place located just along the start of the Tour des Roches that everybody is familiar with. More precisely, the oldest washing stones are to be found between two pillars of the bridge.