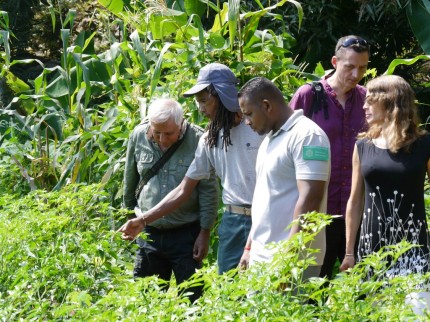 Each National Nature Reserve (NNR) has a its own organisational structure, set up by the Prefect. The aim of the structure is to assist the Advisory Committee and the managing body in the treatment of questions of a scientific character. Since 23rd June 2014, the NNR of the Pond of Saint-Paul has had its own Scientific Committee. It is composed of 11 permanent members and two external experts, who may attend depending on the issues to be treated and their specific competence. The decree of 19th April 2017 renewed the Scientific Council, which was set up in July 2017 with the election of a new president. The Advisory Committee is an assembly representating the local population involved in the NNR of the Pond of Saint-Paul. Its aim is to discuss different aspects of the running of the NNR. It is composed of 20 members, appointed by the Prefect. These members are persons selected from administrative structures and State public establishments, representatives of local elected government bodies, owners and users, members of approved associations for the protection of the natural environment and/or qualified scientific personalities. The Committee was renewed on 9th November 2015 for a period of five years by a decree issued by the Prefect. It meets at least twice a year on the invitation of the Prefect. The president of the Advisory Committee for the NNR of the Pond of Saint-Paul is the deputy Prefect of Saint-Paul.