What is a wetland? 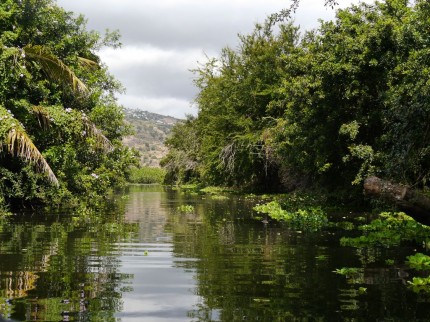 According to article L 211-1 of the French environmental code, a wetland corresponds to all areas, whether farmed or not, usually flooded or waterlogged with fresh, salty or brackish water, either temporarily or permanently. When vegetation is present, it is dominated by hygrophilous plants (such as Cyperus papyrus) for at least part of the year.

In 1971, this international-scale definition was widened by the Ramsar Convention, to include all ‘permanent or temporary, natural or artificial areas of swamp, fen, peatbog or stretches of water, where the fresh, brackish or salty water stagnates or flows, including stretches of seawater which, at low tide, is no deeper than six metres.’

In mainland France, the Bay of the Somme, the Petite Camargue and the Poitevin swamp are examples of internationally recognised wetlands.

The coastal wetlands of Reunion are the Ponds of Saint-Paul, le Gol and Bois Rouge. The Pond of Saint-Paul is the largest and best conserved of the wetlands in the Mascareigne islands.

How was the Pond of Saint-Paul formed? 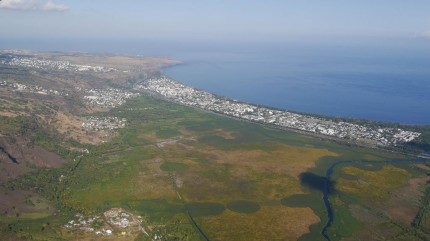 The Pond of Saint-Paul is a former lagoon, formed as a result of the arrival of sand, gravel and pebbles washed down from the Rivière des Galets river (the product of huge mudslides from the cirque of Mafate), which filled up the former bay of Saint-Paul through the action of marine currents. According to the latest palino-ecological studies carried out by the CNRS (French Scientific Research structure) on the Pond of Saint-Paul, fluvial action (separation between sea water and fresh or brackish water) probably took place over 2000 years ago.

This combination of unique conditions was at the origin of the physical and hydraulic environment of the Pond of Saint-Paul. The favourable hydraulic context made possible the development of a typical wetland biodiversity, but also favoured the settlement of the island's first inhabitants around the Pond.