Close to 30% of the animal species listed within the NNR of the Pond of Saint-Paul present a high heritage value. The main challenges concern birds, fishes and macro-crustaceans, as well as insects, more particularly Lepidoptera and Odonata.

Of the 25 species listed, 12 nest on the site, 7 nest close by and 6 are migratory species. The site includes 4 species endemic to one or several of the Mascareigne islands, including 2 species or subspecies that are endemic to Reunion (Circus maillardi and Zosterops borbonicus),

5 indigenous species and 12 exotic species. Among the species that nest on the site or in the zone, 8 species are protected.

Even though Reunion does not actually have a population of migrant wading birds, each year there are observations of such species. Thus, 5 species of wading birds are known to visit the pond, three of which are protected on a national level: Actitis hypoleucos (Scolopacidae):

The Common sandpiper; Calidris ferruginea (Scolopacidae): the Curlew sandpiper, groups of which can be observed from August to January; Charadrius leschenaultii leschenaultii (Charadriidae): the Greater sand plover. 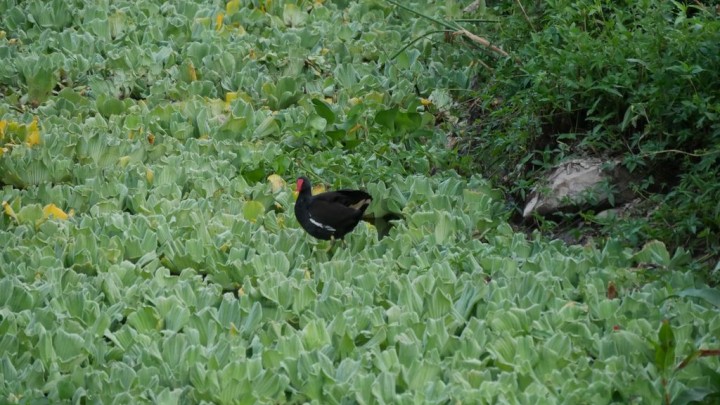 Three species of reptiles have been introduced into the NNR of the Pond of Saint-Paul: Agame Calotes versicolor (Agamidae): the Oriental garden lizard, also called Changeable lizard, Chamaeleo pardalis (Chamaleonidae): the Chameleon, and the grass snake Lycodon aulicus (Colubridae): Indian wolf snake, the moulted skin of which is often found hanging on the rough bark of tropical almond trees. 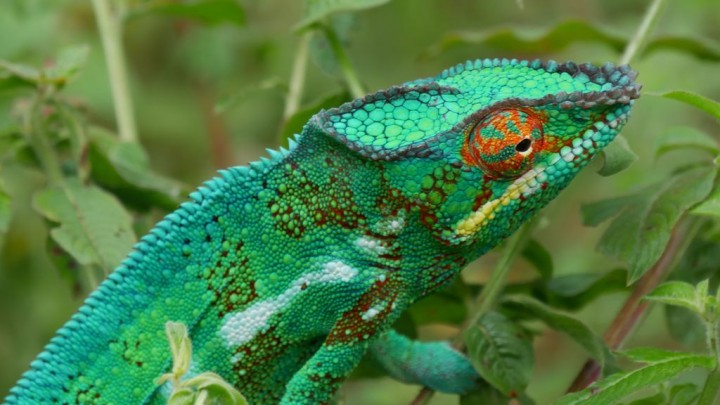 Two species of amphibians are present around the pond. Bufo gutturalis (Bufonidae): the African common toad or Guttural toad, was introduced in 1927 to combat mosquitoes and is now very common on the island. The Ptychadena mascareniensis frog (Ranidae) was introduced in 1750 then deliberately spread around the island (Hubert 1881). Even though the species is to be found in Madagascar, Mauritius and the Seychelles, it was described on the basis of specimens from Reunion, without taking into consideration its area of distribution, which explains why the species is called mascareniensis. This species is common to the Pond of Saint-Paul, in particular of the wet grassland of Setaria geminata, where the frog benefits from all the conditions necessary for its life cycle. The species is not commonly found around the island and is an interesting feature of the Pond. The icthyological fauna of the pond comprises 19 species of fish, including three species of eel (four are present in the freshwater of Reunion) and three marine species which occasionally swim into the pond. (Caranx sp., Sardinella melanura et Monodactylus argenteus ; Valade et al., 2006).

A total of seven species of indigenous crustaceans, as well as one exotic species, have been listed in the nature reserve. Among these, three indigenous species are listed as being VU on the IUCN red list (2010): the two Freshwater shrimps Cardinal serratirostris and C. typus and the Southern freshwater shrimp Machrobrachium australe. 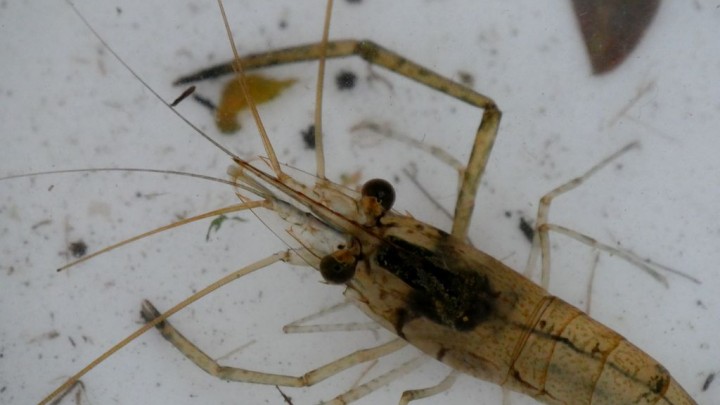 There are 512 species of heterocera, also referred to as nocturnal butterflies or moths, to be found on Reunion. Particularly well represented around the Pond of Saint-Paul, 228 species have been listed, that is to say 43% of the known species on the island.

Species of rhopalocera or ‘diurnal butterflies’ are well represented, with 15 species listed on the site. Among these species, three are endemic and have a high heritage value: Euploea goudotii (Danaidae), Neptis dumetorum (Nymphalidae) et Papilio phorbantha (Papilionidae), a protected species. All the other species to be found within the nature reserve are indigenous and have a heritage value.

Guillermet and Couteyen (1996) listed four species of Zygoptera (Damsel flies) and eight species of Anispotera (Dragonflies) on the site of the Pond of Saint-Paul. Among the Coenagrionidea, Agriocnemis exilis, which lives around coastal ponds, has now become uncommon, whereas it could be seen relatively frequently a few years ago (Martiré, 2010). According to this author, Pseudagrion punctum is a threatened species, being sensitive to pollution, whereas the species Ceriagrion glabrum is less dependent on water quality and thus remains relatively anundant. Regarding other Zugoptera, Ischnura senegalensis is also well represented within the Pond of Saint-Paul. As concerns Anispotera, Anax imperator mauricianus is the only Aeshnidae listed around the reserve and is common, without being abundant. As regards Libellulidae (dragonflies) Tramea limbata is ‘…, very common in all the low-altitude sunny aquatic environments…’ (Martiré, 2010). The species Diplacodes lefebvrii is common around the Pond, without being abundant. Similarly, Pentala flavescens is indicated as being very common in Reunion (Martiré, 2010). The present map is currently being updated. The missing ecosystems of plants are being integrated into the map below.

Upstream of the Pond of Saint-Paul, behind the line of dunes, halophilic areas of forest have developed, sometimes referred to as ‘sub-mangrove’. These areas do not undergo the effects of the tides and develop in spots where the underground water contains a high concentration of salts, resting on a layer of undergroud substrata. 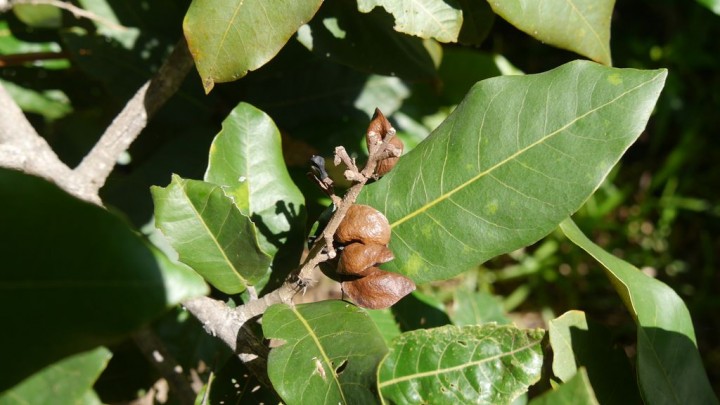 Located close to the stretch of free water and bulrushes, the aquatic plants currently present consist of exotic species (introduced by man after settlement). The first group comprises rooted species such as Persicaria or Knotweed (Persicaria senegalensis). The second group consists of species which do not take root in the water bed, such as the Water lettuce (Pistia stratiotes), the Water hyacinth (Eicchornia crassipes) and the Lesser duckweed (Lemna aequinoctialis). In shallow water and close to the banks, subaquatic species will fill the gaps left by aquatic plants. Consequently, the differences in water level and the process of competition between species will lead to the development of different habitats, characterised by the predominance of species having high multiplying capacity. The ecosystem of the Taro and Persicaria, the Papyrus, the Bulrushes and reed-beds of Mexican primrose compose these four habitats. 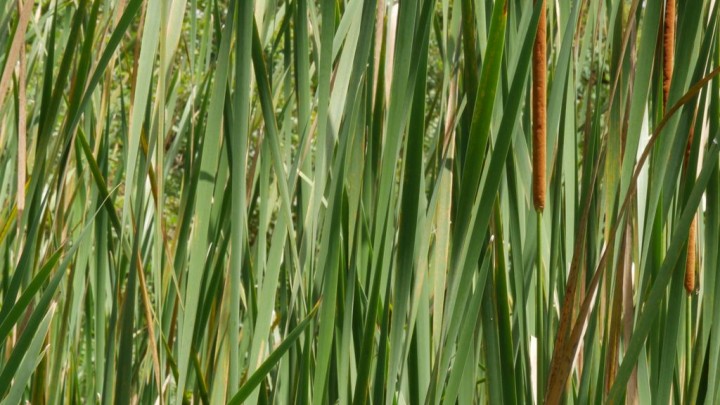 There exist two types of prairie, both rarely seen in Reunion: one is to be found at the heart of the swampy area, where the water is shallow and/or the soil is waterlogged. Covering 110 hectares, it comprises an original and exceptional habitat in Reunion: that of Cyclosorus interruptus and Eleocaris dulcis. The two species characteristic of this habitat present a paleo-tropical distribution and could be associated elsewhere in similar conditions; however, insufficient data makes it impossible to determine the exact chronology of this ecosystem, which only contains a small number of species of flora. However, the indigenous character of Cyclosorus interruptus, as well as the potential of this ecosystem as a habitat of species of flora, have resulted in this ecosystem being assessed as relatively important.

The second prairie, rarely found in the Mascareigne islands and located behind the former sugar processing plant of Savanna, is a wetland at the edge of the area of aquatic species. Formerly used for agriculture, as can be seen through the presence of former drainage ditches or irrigation canals, this wetland is characterised by soil that is often waterlogged or flooded, but as a result of its proximity to the water table, it regularly experiences periods of dyring out. Several species of cyperaceaea are to be found here (Cyperus articulatus, cyperus corymbosus), as well as Rice grass or Millet grass (Setaria germinata), along with Quackgrass (Cynodon dactylon). This area attracts species of wading birds, as well as the Common waxbill and the Reunionnese harrier. A large number of insects and spiders, such as the Argiope trifasciata are also to be found here. To the west, the Indian Ocean and the line of dunes, consisting of sand and pebbles. To the south, the cliffs of the headland of Cap la Houssaye, characterised by its savanna grassland. To the east, the plateau of Grand Bénare, dissected by several gullies, where there are the small towns of Bellemène Saint-Paul and Bois de Nèfles Saint-Paul. To the north, the remains of the mass of conglomerate material overflowing out of the bed of the river of Rivière des Galets, with the small towns of Plaine Saint-Paul, le Grand Pourpier and Piton Defaut. 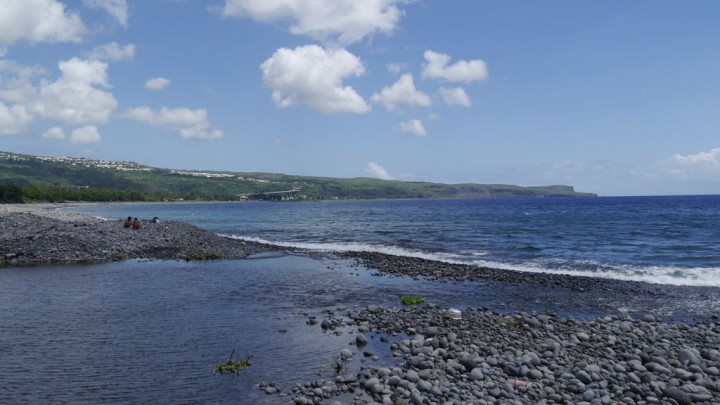